Yes, it's been over three months since my last blog post. "What have you been doing?" I hear you (the hypothetical reader) ask. Well... well I'll tell you.

Having left my previous permanent position in January, I decided the time was right for a career break. Having been inspired to take a career break some six years ago, I knew how rejuvenating time off work can be and how reinvigorating it is when you finally have some time to pick and choose what it is you want to do and, more importantly, how. Indeed, last time I took a career break I ended up founding a company which - while not successful enough to prevent me having to return to employment - was massively educational, incredibly liberating and a whole lot of fun.

However, my motivations for this career break are vastly different to those of six years ago. At that time I had just emerged from a somewhat turbulent relationship and was looking to - sorry for the cliché - "re-find" myself; this time I am in a stable and happy relationship with my partner who last year gave birth to our little baby girl. And while, six years ago, I could - and was happy to - survive on very meagre savings, I am now lucky enough to be in a position where financial pressures are not an issue, at least in the short-term. Finally, while I had very little idea of what I was going to do during my last career break (which itself was extremely liberating in that you are suddenly open to being able to say "yes" to pretty much anything) this time I have a much more developed concept of how I want to use this opportunity.

While my motivations and desires for the coming months will be the subject of future blog posts, I have started putting together a public Trello board of ideas/projects I want to undertake. It's just a start and by no means comprehensive but I thought some transparency around my ideas and goals (not to mention progress!) would be good for me.

For now though I want to share what I've been doing - and why there have been no blog posts - for the last three months. You see, a primary motivation for taking time out of my career now was to spend time with my young family and maximise the use of my partner's remaining maternity leave. To this end, shortly after leaving my previous job, my partner and I decided to take our baby on a road trip around Europe.

The timing really couldn't have been better; my partner still had a few months of maternity leave remaining, the baby was still happy to have long naps in the back of the car whenever we drove anywhere and I was still keen on buying a day-van (it's been a thing with me for a while now). So in February we started planning and looking for a motor that could comfortably cart the three of us around Europe and by mid March we'd bought an imported Nissan Elgrand E51 Ryder Autech. 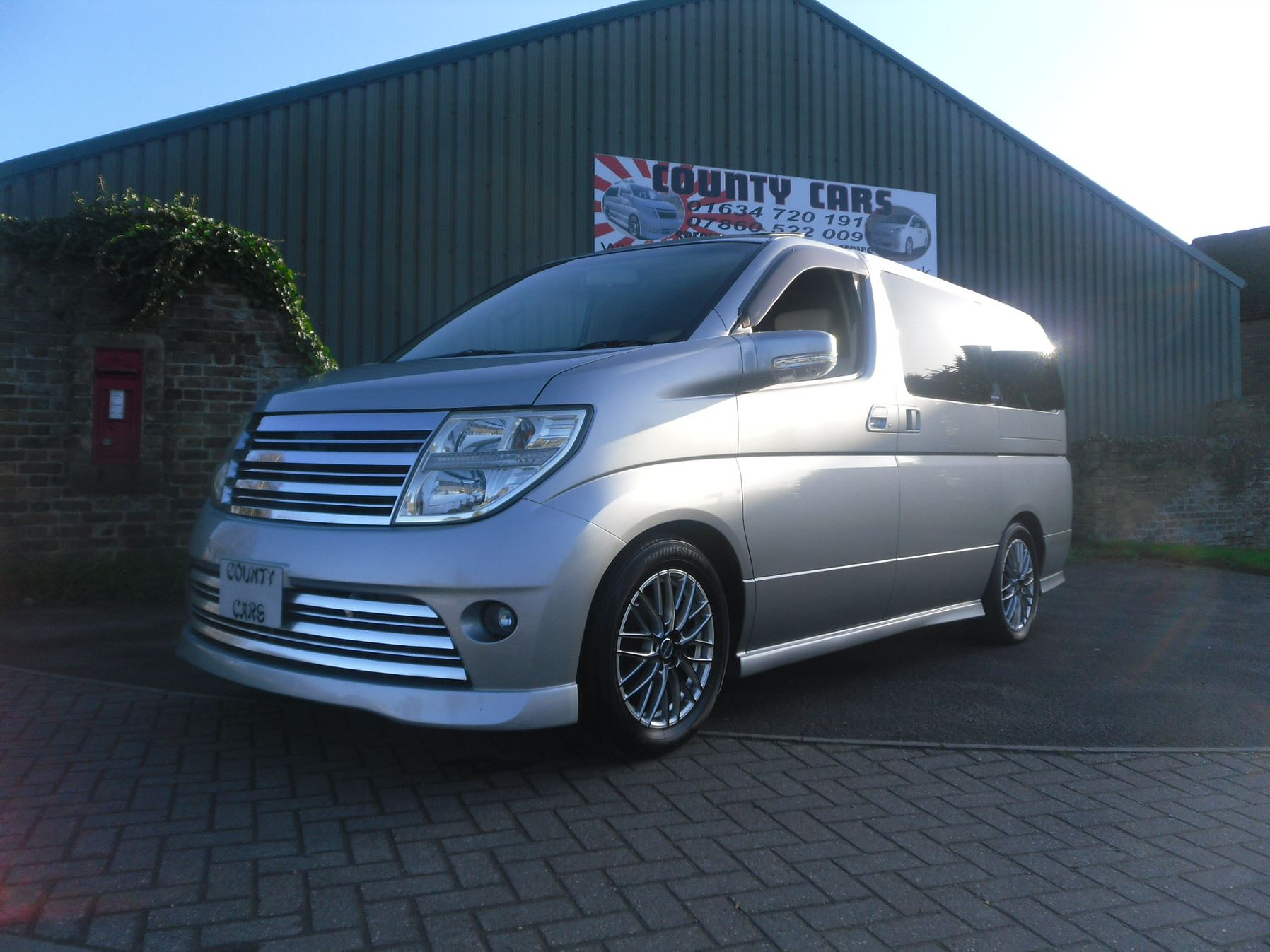 Now the Elgrand is an MPV and not a campervan (a mostly pragmatic decision based on the fact we could use it on a daily basis after the trip and only a little bit due to "love at first drive") so there was a lot of work to do in order to prepare it for such a long journey. Therefore, between March and May, I researched, built and installed a bunch of modifications for the Elgrand to support us on our adventure. This included a custom built leisure battery / charging system enclosure, custom built frame to mount the electrical systems and luggage, routing of cabling around the Elgrand and several internal modifications for enhancing the navigation / ICE systems.

I documented these modifications on the Elgrand Owners Club website. This site proved invaluable in terms of information about working on the Elgrand and I wanted to give something back to the active and very helpful community there. Due to limitations in the website's forum, the details had to be split across five posts which - if you're interested - can be found here: Part I, Part II, Part III, Part IV, Part V. After just a couple of days these posts have already garnered significant praise and numerous follow on questions so I feel pretty good about having spent the time writing these posts.

As an aside, it occurred to me that this work could almost have been a case-study in Agile development. Not being a carpenter or mechanic and my work on cars to date having been pretty much limited to topping up the oil, I started this project from an absolute level of maximum ignorance. Fortunately as both a stake holder and engineer, it was easy to outline use-cases for the work which, while I didn't actually document them at the time, would have included some choice ones such as:

These could then be naturally prioritized and, where possible, undertaken concurrently by my partner and I. If something went well, we could close it off and move onto the next thing; if it didn't we could reevaluate it's value / priority in light of what we had. This way we managed to hit our deadline (the ferry departure - which we put off "committing" to until as late as possible) with as much high value work done as possible. More importantly, at departure (aka deployment) time, we had a significantly lower level of ignorance such that, should anything go wrong while we were "live", we'd actually stand a chance of fixing it without having to - possibly literally - "roll back" to England.

Yes, yes, some of this terminology is undoubtedly tenuous but, having had hours and hours to reflect on this work while driving around Europe, it was rewarding to see how much more effective an iterative approach to problem solving can be. Who knows if we'd ever have got away if we'd tried to plan everything up front.

Anyway, we departed England in mid-May and returned mid-July and had a truly fantastic adventure. In 58 days we travelled 7912 miles and visited 20 countries. Along the way we met a number of old friends, made a lot of new friends and saw some amazing sites and scenery. We learned a lot, not only about the various cultures / histories around Europe but also about ourselves and our daughter. And we laughed a lot, mostly about the quirks of the various cultures we were experiencing but also - in retrospect at least - about some of the challenges we faced along the way; like having to park up in a field at a border crossing in order to buy the vignette that would allow us to drive the car in the country we were about to cross in to, and getting visited by both a swarm of monstrously huge locust type insects and a heavily armed and somewhat suspicious (the Elgrand has very dark privacy glass) border guard.

We really did experience so much that I frequently find myself remembering something from the trip that a) I had somehow already forgotten and b) seems like both a lifetime and just a few days ago. Fortunately my partner kept a very detailed (and anonymised) blog of our journey in which she does an terrific job of capturing the fun and freedom we enjoyed while away. Should you be interested, you can read it here.

And now we're home. The baby has started nursery and my partner is returning to work. While I'm still having to consciously work out where I am when I wake up in the night (seriously, after two months of staying somewhere different every night, this seems to be a thing at the moment) and we're still trying to get the house back into some semblance of order, life is returning to our own special approximation of normality.

For four days a week and for the foreseeable future, I will have pretty much all day to do... well, pretty much anything I want. It's an exciting time in the world of .NET given the recent release of .NET Core and Microsoft's assimilation of Xamarin. Graph and document data stores (aka NoSQL) continue to make inroads on the traditional strong holds of legacy relational databases. And there are some profound changes in the broader world of software development such as the continuing move towards containerized deployment and cloud infrastructures. I'm very much looking forward to investigating / leveraging all these in the months to come.

Who knows where it will lead. I will certainly be keeping my ear to the ground should an exciting job/contract come around. Ideally I'd want something remote / freelance which I could do on my terms and, should the right opportunity drop in my lap, I'd certainly be open to it. That said, what I'd really like to do is resurrect my company and see where I can take it. I have a couple of ideas with potential but will hold off on developing them until I've refamiliarised myself with the current trends in software development because, even though it's only been a few months, it feels like I've been out of the game for years.