Visual Studio Code is rapidly becoming my go-to editor for anything not project-oriented C#/F#. I've switched from Atom to VSC for editing my (statically-generated, Markdown driven) blog and have used it for authoring powershell scripts, dockerfiles and much, much more. So, when I decided I wanted to write some Dart code, it was the obvious choice.

Why did I decide on Dart? Well, I had project I wanted to undertake that featured some... shock horror... dynamic web content. If that isn't enough to send chills down your spine, you've either never had to look at getting started with modern web development or you've already drunk the cool-aid.

Either way, most rational people in the industry will (in the moments of clarity between writing off the last framework as dated and evangelising the next) reluctantly admit that modern web development is a mess. But this is the world we live in and the best one can do is dodge the analysis paralysis and mitigate the majority of the risks. For me, this was adopting a strongly-typed modern development language that has a strong web pedegry and just get on with it.

But in Visual Studio Code?

Why not? It's a great editor and already has great support for Dart courtesy of Danny Tuppeny's excellent Dart extension. Furthermore, I try to keep my development machine as lean and clean as possible so I didn't want to have to install an IDE specifically for Dart development.

Fortunately, as you'll see, getting set up for Dart development with Visual Studio Code is very easy, doesn't require any installation (everything is "xcopy" deployed) and you can start being productive almost right away.

You will need the following: 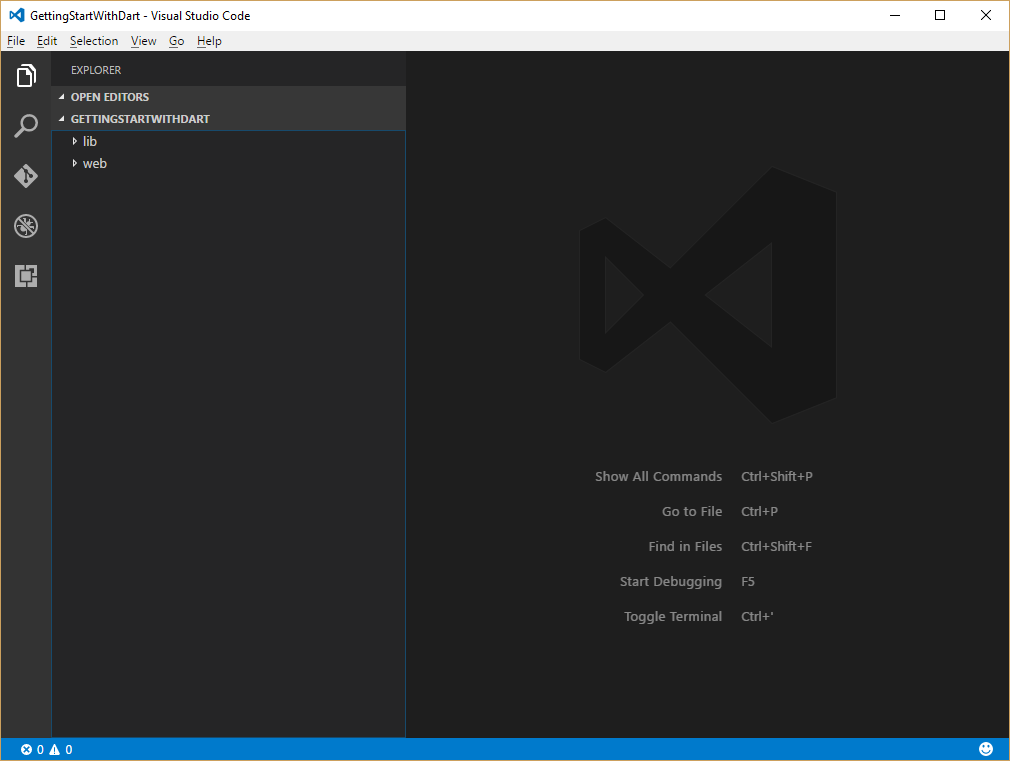 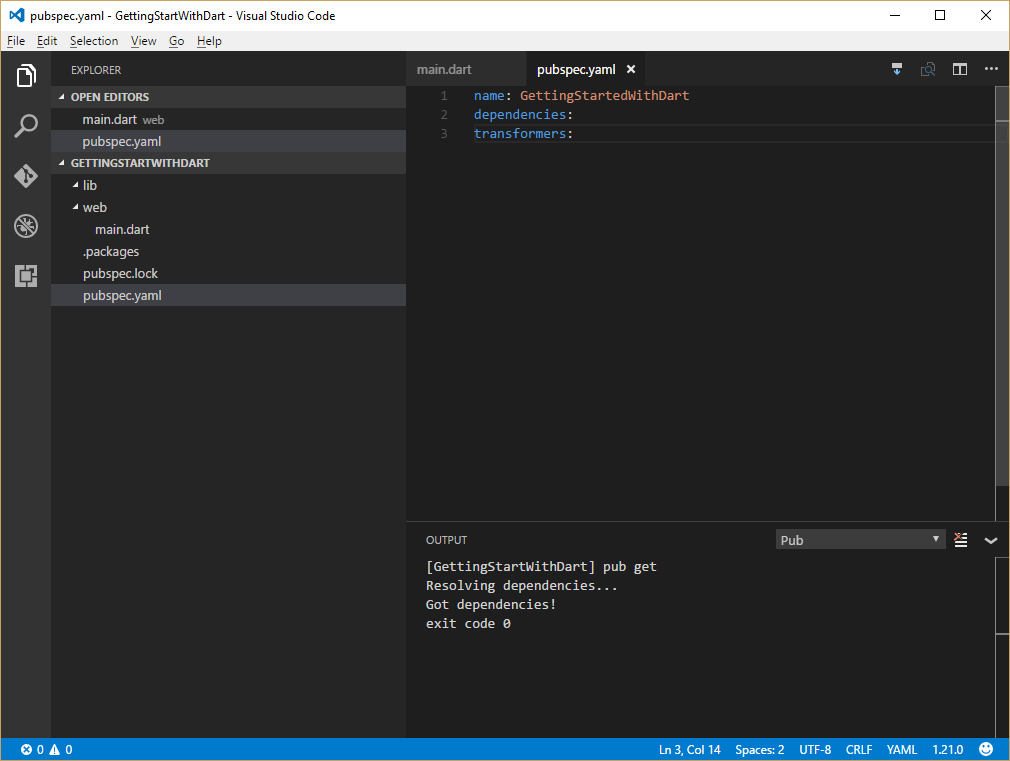 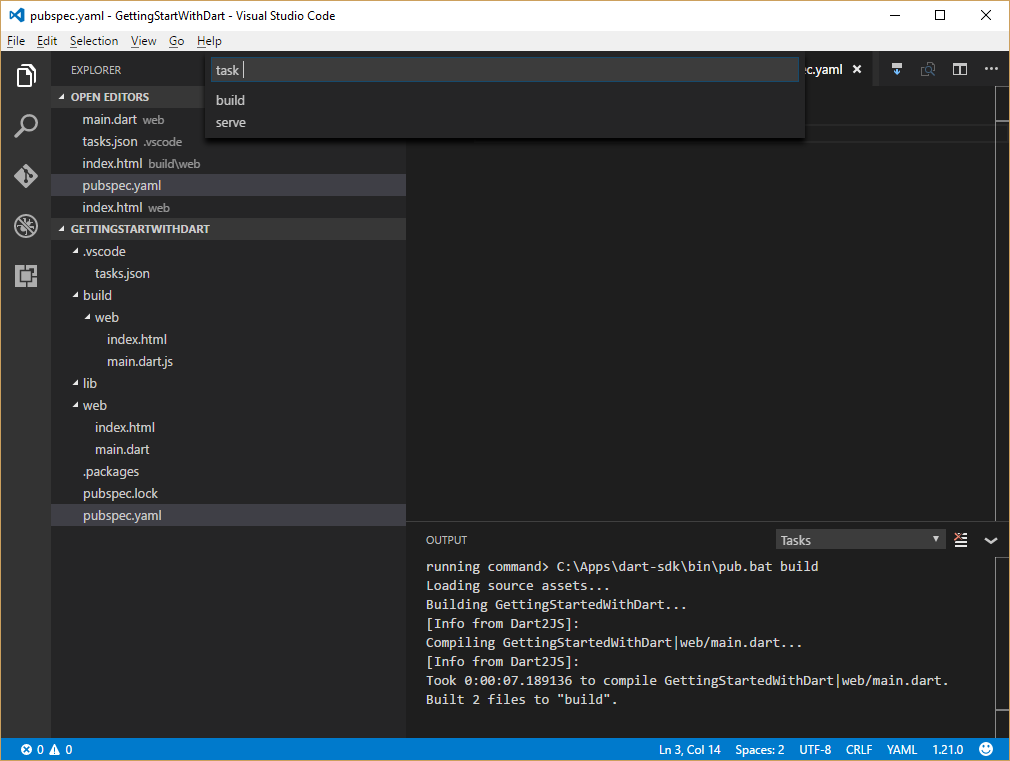 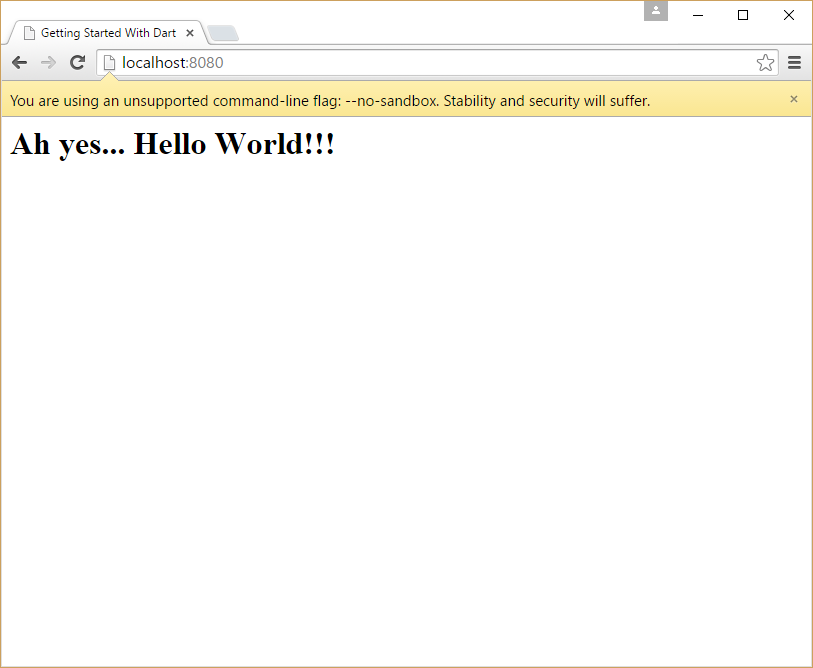 If something went wrong and you don't see the header text change from 'Hmm... what should I say?' to 'Ah yes... Hello World!!!' then you can use Dartium's Developer Tools (Ctrl-Shift-I) to view errors and add breakpoints so you can work out what has gone wrong. The developer tools are shown here: 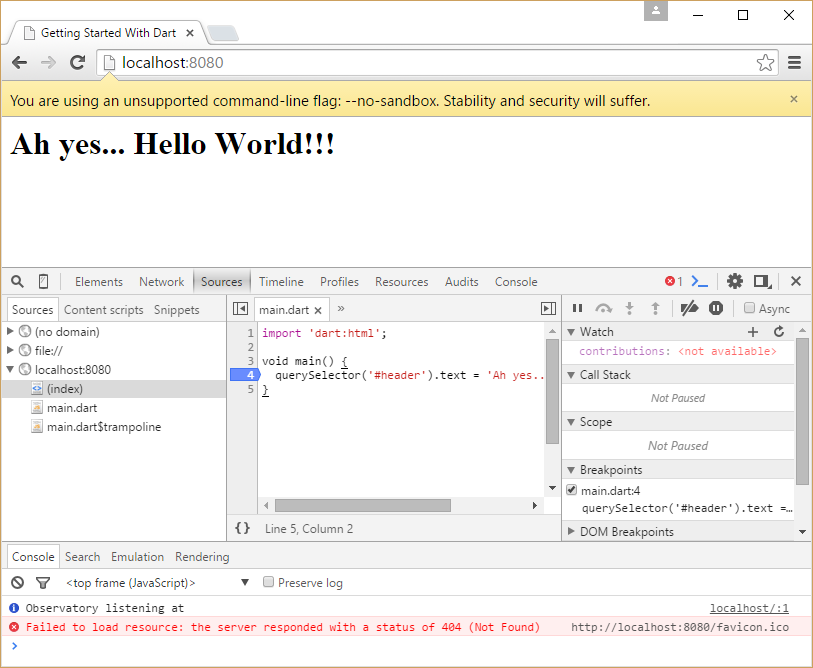 You can find loads more information online about the Dart Language and Dart Web Development. Versions of Dart are changing rapidly (there was a minor update while writing this post!) and a thriving support community.

As a (mainly) C# developer I found Dart super easy to get up to speed with and the Visual Studio Code/Dartium combo to be extremely productive. Hopefully you will too.